Map It Track It

MapItTrackIt enables businesses to better report and track their employees’ sales and canvassing efforts. Map It Track It is a real-time, location-based, tracking, reporting, and intelligence gathering mobile application in the political, environmental, and door-to-door canvassing areas.

Map It Track It began as a Startup Weekend project which gave us 72 hours to define the strategy of the whole project, create it, and present it to a panel to be judge.

After our team was self organized with the project leader, a couple of mobile developers, and myself as the user experience designer, we started to work on what the workflow of the app would be. I created some flow charts and wireframes of how the user would interact with the app. This was based off the research that the project leader had aquired prior to the Startup Weekend.

The main purpose of the app is to allow door-to-door salesman to easily see an area they are trying to canvas. The interaction needs to be simple and easy to use so a salesman can quickly input information from someone they talk to, whether that person wants to set up an appointment or they never want them to return. 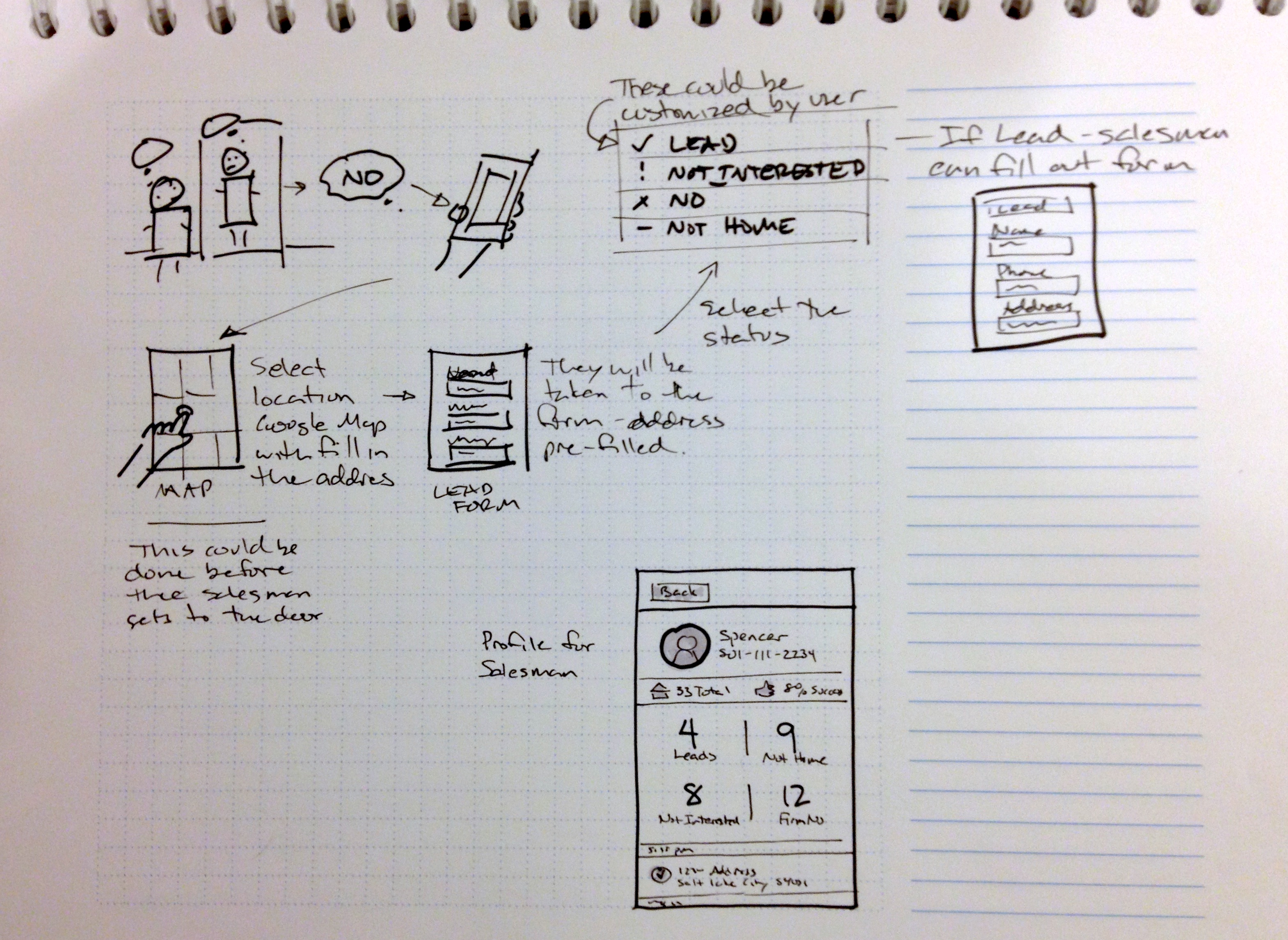 Even though our time was limited we still felt it important to find users and test it with them. Based on the wireframes, our developers create a quick demo version that our team to take around and test with users. We were able to find some people by going out on the street as well as utilizing the group at the Startup Weekend.

Even though they were not the exact users that would be using the app, we were still able to get some valuable feedback on the workflow and make sure the interactions were clear and useful.

Working closely with the developers we were able to talk through some interactions that would make it easier for the user to input the information. We connected the app to Google Maps so the user could tap on the screen and it would automatically insert the address of the location. From there, the user would be able to input a status and any information and notes for that home.

At the end of the Startup Weekend, our team presented what we created to the panel of judges. The judging was based off the overall idea of the project, how far we were able to get, and the overall design of the product.

In the end, our team took second place which gave us an option to work with an advisor and get a little funding to help move the project along.