Every three years the Church of Jesus Christ of Latter-day Saints hosted an international art competition for the members. During the exhibit, it would allow patrons to vote on their favorite artwork and at the end of the competition, the artist with the most votes would win a visitors’ choice award. The voting was done through paper ballots. Each patron would be allowed to vote for up to three art pieces. This process would require a lot of time for each ballot to be counted as well as having to decide if the ballots were being stuffed.

The solution was a kiosk that could be placed inside the main galleries of the exhibit that would allow patrons to vote. This would eliminate the need to count the votes. It was also set up to have each patron validate their votes with an email address.

This kiosk was used within the museum exhibit to feature the 198 pieces of artwork from within the United States, as well as works from Brazil, Canada, Taiwan, Nigeria, Germany, New Zealand, France, Spain, Japan, South Africa, Ukraine, Australia, and several other countries.

The beginning process started with the stakeholders and gathering requirements for the business needs. We then met with developers and those providing the hardware to outline the technical requirements for creating the kiosk.

I then started doing some research on kiosks that were already out there, including ATMs, coin counting machines and Redbox. I took note of some of the pain points and how they lead the user through the process.

I created a simple workflow and wireframe. After iterating through that I created a clickable prototype and tested it with users. The testing was a small sample but we were able to make some changes based on the challenges the users were having. 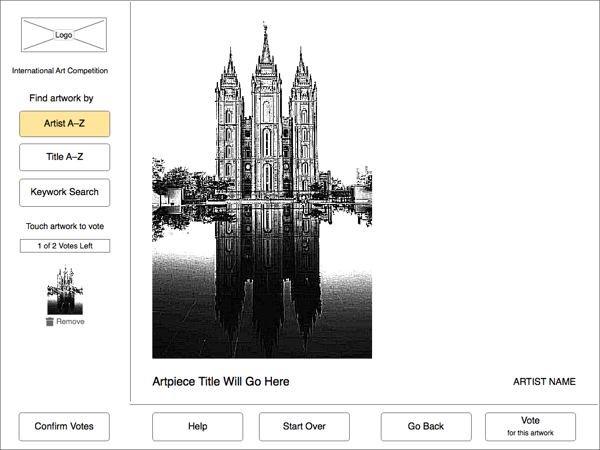 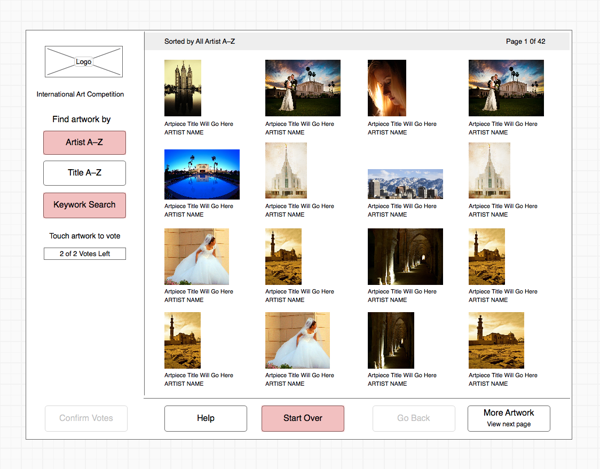 The biggest challenges we ran into were users wanting to use the system to view the gallery and not just vote for their favorite pieces. At peak times during the exhibit, this would allow fewer users to vote.

To solve this challenge, I made some adjustments to the overall size of the images so they were big enough to identify but not so detailed that you would want to view everyone. We also incorporated different ways of searching for the artwork so you could quickly find the art piece without having to browse through each image. I also adjusted the flow the users would go through to vote, making the voting feature more prominent and allowing them to get through the system a lot quicker.

I then created the interface design from our findings as well as incorporating it in with the competition identity that was already established. The kiosk would be placed in the museum exhibit and needed to match the colors and decor of the exhibit so it felt like it belonged and wasn’t a distraction from the actual exhibit.

With multiple groups working on getting this product delivered, it was important to have clear documentation on the design and function of the project. I created functional specifications and worked closely with the developers to make sure the product met the user needs. 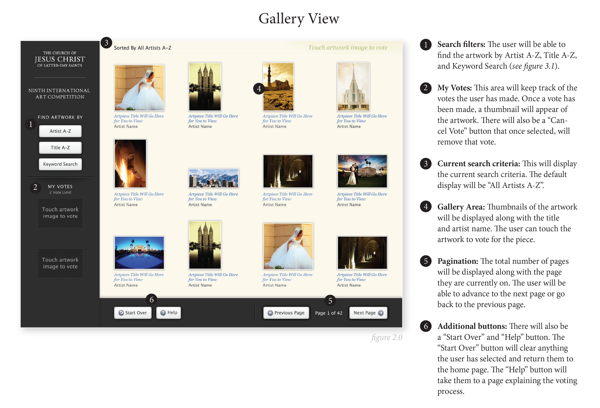 The kiosk allowed for more visibility of the visitors’ choice award and had a record number of votes, more than double the previous years. Because of the early success of the kiosk, it was decided to create an online gallery to promote the exhibit and allow users to vote online as well. 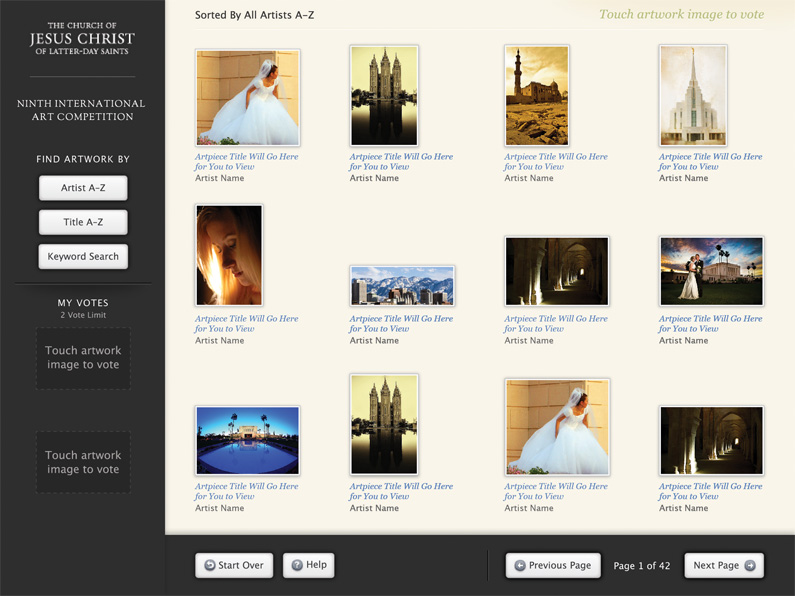 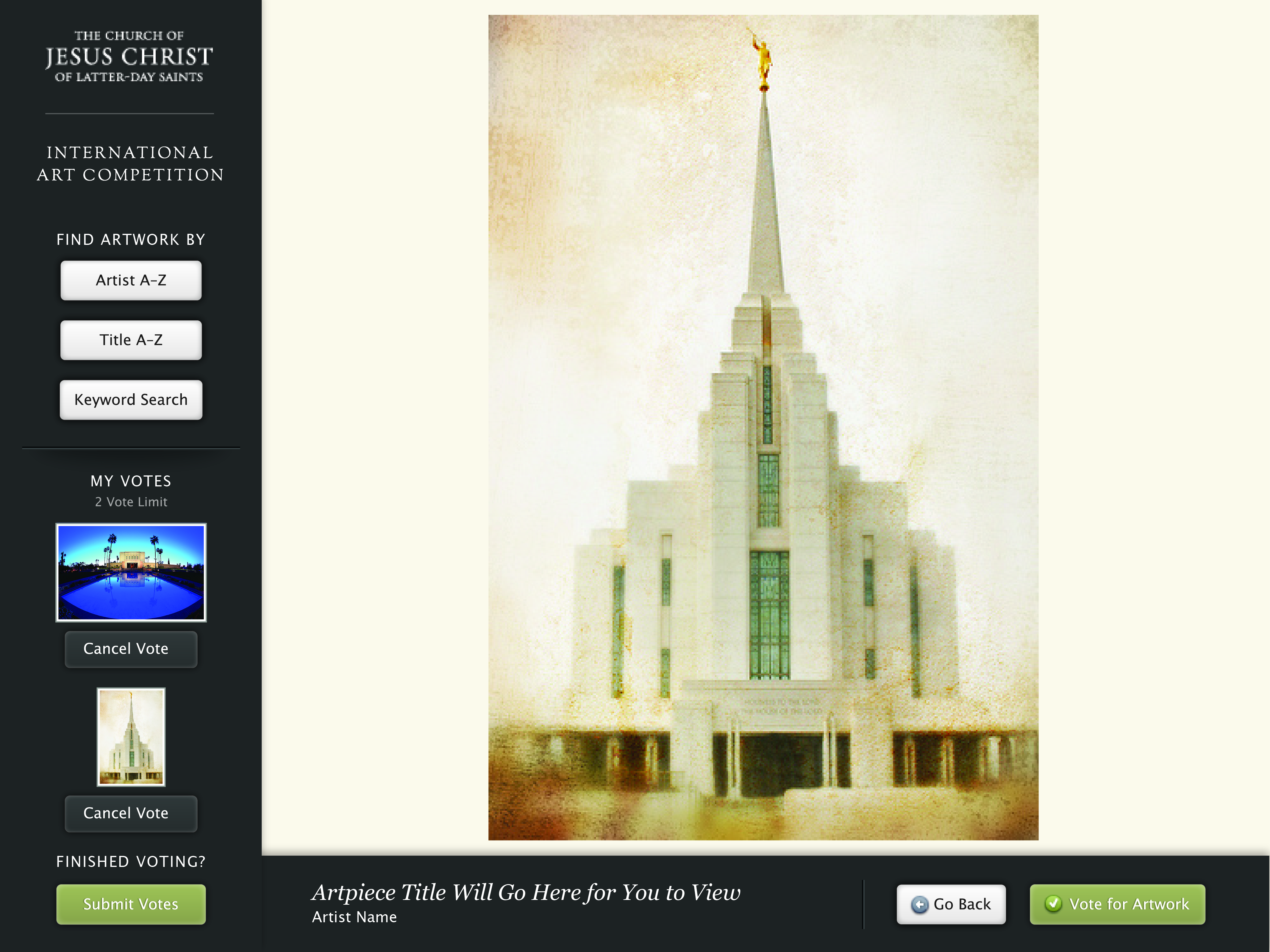 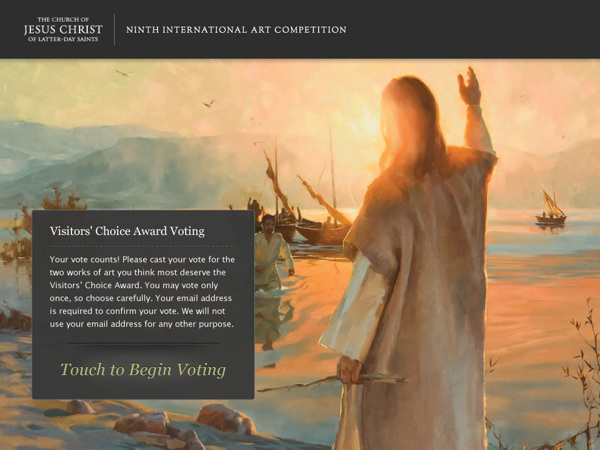 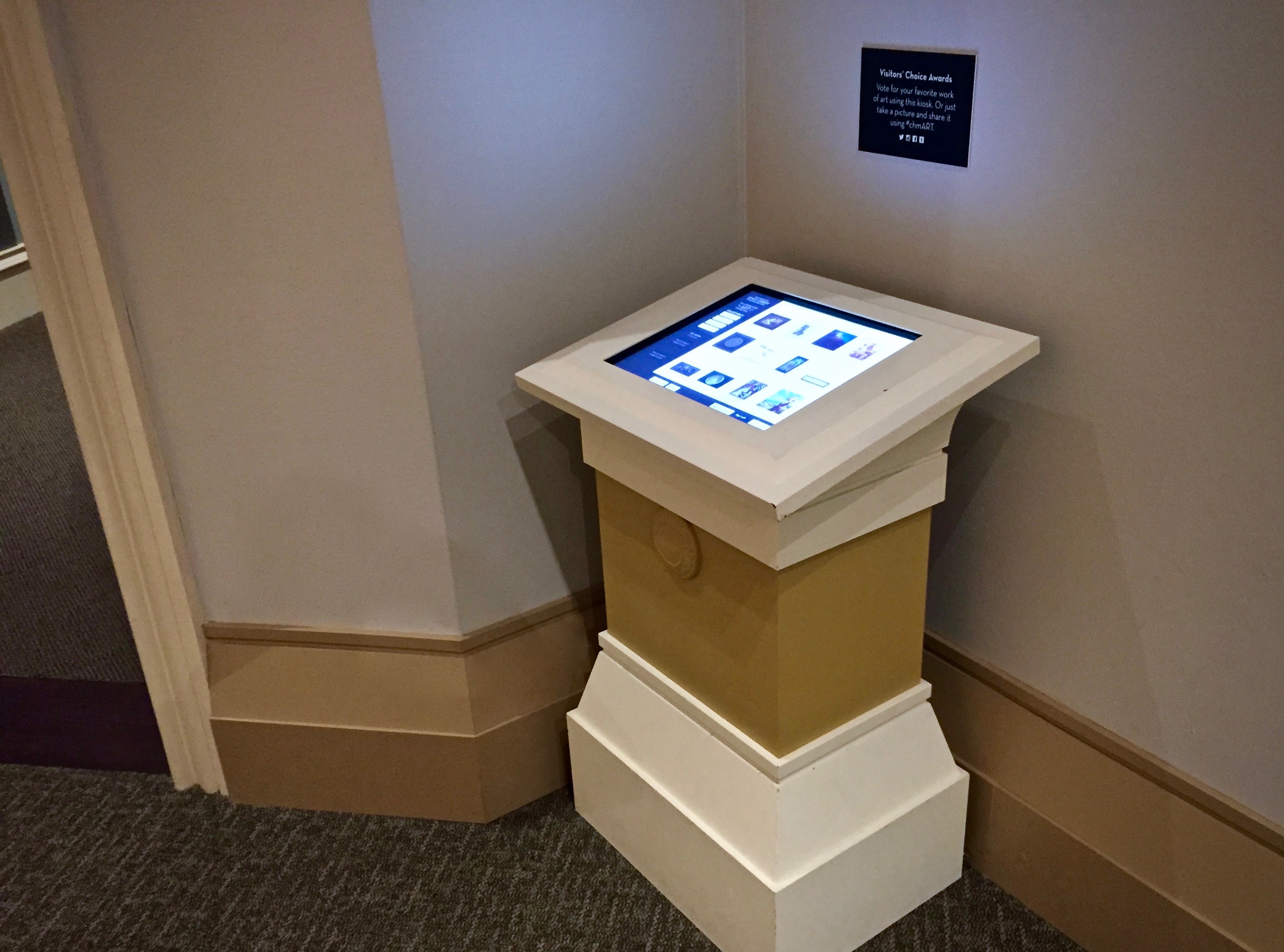 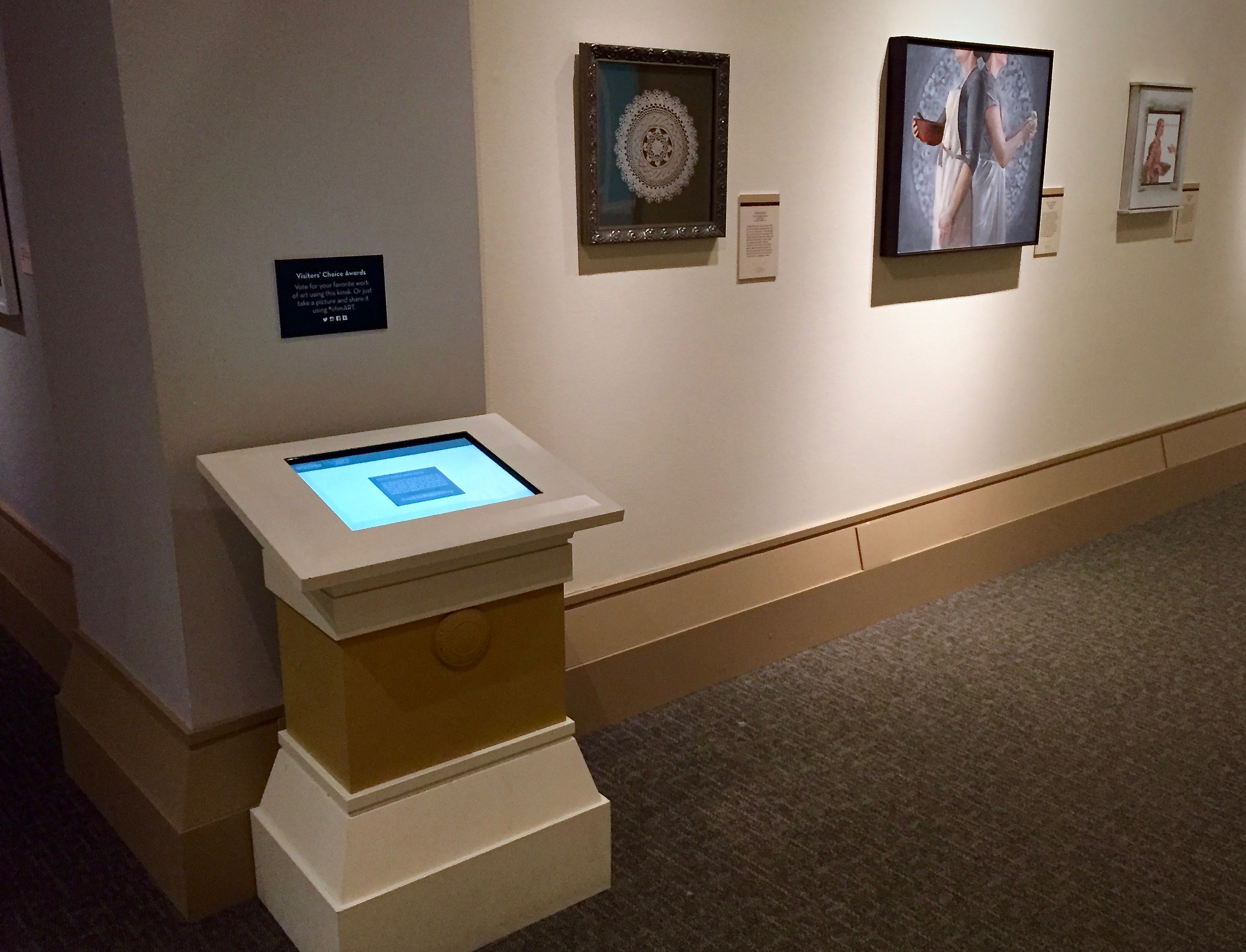